O’Farrell moves ahead with homeless shelter in Hollywood 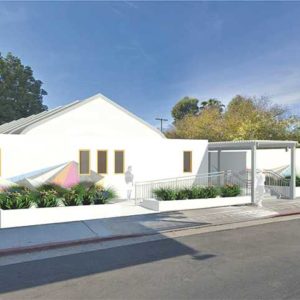 The motion, which will be considered in the Homeless and Poverty Committee and Budget and Finance Committee before returning to the full City Council, calls for approximately $3 million for the shelter at 1533 Schrader Blvd. The site, just north of Sunset Boulevard, is currently a city-owned parking lot. The funding will come from a $20 million Crisis and Bridge Housing fund announced earlier this year by Mayor Eric Garcetti, who has pledged additional funding for services in districts that create shelters.

The goal is to house approximately 100 people at the site and link them with services to help them move into permanent housing. Plans call for work to begin by October, with completion and occupancy by mid-January.

O’Farrell said the project is one of many to address homeless issues in the 13th District, providing badly needed bridge housing in an area with a significant homeless population.

“It’s getting people into housing immediately,” he added when the project was announced in April. “We need to duplicate this across the city.”

The project went through a public vetting and design process leading up to the new motion being introduced on Aug. 28. The motion offered details about the project, which will be a 60-by-120-foot tension membrane structure.

Such buildings feature outer membranes made from coated polyester or fiberglass over rigid frames, creating structures that stand up to the elements while remaining easy to build and disassemble. O’Farrell’s plan calls for the temporary shelter to be up for three years.

The project is supported by the Hollywood Property Owners Alliance, and the public can weigh in as it moves through council. O’Farrell wants the emergency shelter in place as soon as possible to help more homeless individuals get off the streets. Meetings for the council to consider the motion are being scheduled.

[…] more information on the Hollywood bridge housing project, read this article in the Park La Brea News or visit the Hollywood Forward […]