The Beverly Hills Unified School District’s Board of Education issued an update to the district’s policy of using public safety cameras for campus safety during its Aug. 28 meeting. 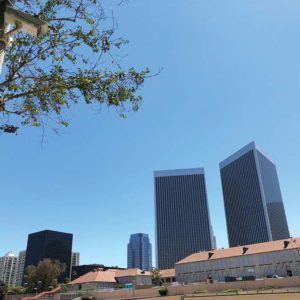 Cameras will be used on the district’s school campuses and other district property to monitor areas including outdoor facilities, such as parking lots, walkways, and points of ingress and egress; indoor facilities such as foyers, lobbies, hallways and other common areas; and other locations including cafeterias, transportation yards and other areas where student or employee safety is a concern.

“The board believes that reasonable use of public safety cameras will help the district achieve its goals for campus security,” according to district documents. “Public safety cameras shall not be used to visually observe any bathroom, shower, locker room or other areas where students or employees regularly remove clothing and could therefore reasonably expect privacy. Any audio capability on the district’s surveillance equipment shall be disabled so that sounds are not recorded.”

New team of chefs at The Fields: Banc of California stadium kicks off three floors of dining