The board of directors of the Wallis Annenberg Center for the Performing Arts in Beverly Hills has announced that Rachel Fine has been promoted to executive director and CEO, having served as the venue’s managing director since November 2015. 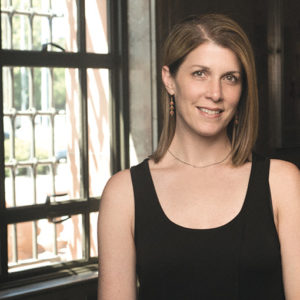 Rachel Fine has been named executive director and CEO of The Wallis Annenberg Center for the Performing Arts. (photo by Luke Fontana)

The board, led by Chairman Michael Nemeroff, also announced the appointment of Elise Yen as chief financial officer and director of administration. The Wallis’ 2018-19 season, which begins Sept. 21, marks the third year of programming under the leadership of Fine and Artistic Director Paul Crewes.

“Since joining The Wallis, Rachel’s innovative leadership has rooted the organization firmly and helped establish it as a destination performing arts campus,” Nemeroff said. “Recognized widely as a premier arts executive, she has played a critical role, along with our visionary artistic director Paul Crewes, in solidifying The Wallis’ identity as a major cultural player in Southern California and beyond.”

Fine draws upon a 20-year career in the arts as an administrator, educator and fundraiser. She previously served as executive director of the Los Angeles Chamber Orchestra and the Los Angeles Children’s Chorus. Fine is also a professional classical musician and accomplished pianist, having studied at the Eastman School of Music and the University of California, Irvine.

“I relish the ongoing opportunity to make significant impact from my post at this dynamic and distinctive new performing arts center,” Fine said. “I look forward to furthering its mission and increasing its relevance.”

Yen comes to The Wallis from New Roads School in Santa Monica, home of the Moss Theater, where she served since 2012 as chief financial and operations officer. She is an avid supporter of ballet and the performing arts.

The Ebell announces new president, board