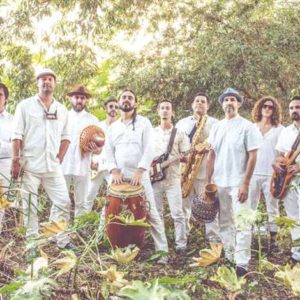 Jungle Fire is known for a blend of funk, Afro and Latin music. The 10-piece group was influenced by the music of Irakere, Ray Barretto, James Brown, Fela Kuti and Manu Dibango.

To RSVP for the free concerts and for information, visit summersounds-sept2018.eventbrite.com.

I blame video games for ‘Skyscraper’