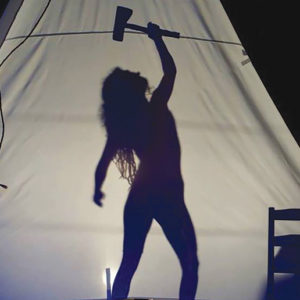 Chandler Patton stars in the title role in “The Legend of Bonny Anne,” one of the plays debuting at the She L.A. Summer Theater Festival. (photo courtesy of She NYC Arts)

Since its launch in 2015, the renowned She NYC Arts has produced 21 full-length shows from women playwrights, earning praise for its commitment to discovering and cultivating some of the best up-and-coming talent in the theater world through its open submissions festival. Now it’s coming to Hollywood.

Featuring four original works (two plays and two musicals), the inaugural festival in Los Angeles gives the producers the title of the only bicoastal festival of full-length plays, musicals and adaptations by women.

“She NYC was started by a group of women working on Broadway and off-Broadway, who felt there was something practical and pragmatic to be done about the lack of women writers and composers represented in mainstream theater,” said Danielle DeMatteo, founder and executive producer of She NYC. “While there are a handful of programs in (New York) for women, specifically, to put their shows up in readings, or in shortened versions, or present musical selections in concerts, there was no company producing full-length plays and musical by women via an open submissions process. So with that in mind, a festival was born.”

The open submissions policy allows playwrights the opportunity to not only get their work seen without an agent or manager, but also produced without taking on all the risk and liability. In its first year, She NYC produced two new plays, two new musicals and an all-women Shakespeare adaptation. In just its second year, the festival featured two new musicals, five plays and a gender-bending adaptation of “Hamlet” starring Broadway star Blair Baker.

“In 2017, three of our shows had writers that flew in from California to participate in the festival,” said Nakisa Aschtiani, one of that year’s festival writers. “It was clear that there was a need for something like this in the L.A. arts scene, so we jumped at the opportunity to expand to the best coast.”

Tickets for each play are $20.

The Zephyr Theatre is located at 7456 Melrose Ave. For information and tickets, visit shenycarts.org.

Cool off aboard a vintage train on ‘Hot August Nights’