Seeing in 3D at LACMA 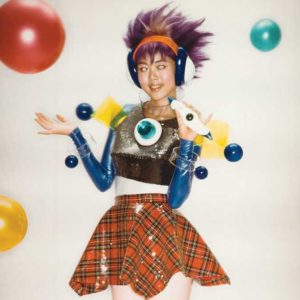 Included in the Los Angeles County Museum of Art’s survey on 3D art is Mariko Mori’s “Birth of a Star.” (photo © MCA Chicago, by Nathan Keay)

The exhibit features artifacts of mass culture alongside historic and contemporary art, the exhibition addresses the nature of perception, the allure of illusionism and our relationship to accompanying technologies and apparatuses.

The optical principle underlying all 3D media is binocular vision, the process by which the brain synthesizes the information received by two eyes into a single, volumetric image. The more than 60 artworks featured in the exhibition activate this process by means of mirrors, lenses, filters or movement – requiring active participation on the part of spectators to complete the illusion.

Many 3D media are included in the exhibition – from stereoscopic photography, film, video, anaglyph printing and computer animation, to the glasses-free formats of holography and lenticular alongside 2D works that generate 3D effects by other means.

“At this moment when everyone is talking about virtual space and immersive art, ‘3D: Double Vision’ invites the audience to dissect the complexities of vision and perception. Throughout history artists have experimented with theories of vision and perception to represent, distill, and reinvent objects and the emotions they engender,” said Michael Govan, LACMA CEO and Wallis Annenberg director. “This exhibition underscores LACMA’s longstanding commitment to exploring art and technology in the museum’s exhibitions and programming. ‘3D: Double Vision’ brings together the realms of art, science, mass culture and entertainment, and is a microcosm of Los Angeles itself.”

The history of 3D begins in the 1830s with the invention of the stereoscope. Initially considered a scientific device, the stereoscope soon entered popular culture, as Victorian audiences became fascinated with stereo photographs depicting faraway lands, colossal monuments, current events and comic scenes. The 20th century saw the growth of 3D motion picture technology, paving the way for the Hollywood boom of the 1950s.

“In 2013, I curated the exhibition ‘See the Light: Photography, Perception, Cognition – The Marjorie and Leonard Vernon Collection,’ which explored the connections between the history of vision science and the history of photography. The stereoscope and photography were invented at nearly the same moment (1838/39), and together they demonstrated the workings of binocular vision for the first time,” said Britt Salvesen, head of the Wallis Annenberg photography department and the prints and drawings department at LACMA. “Since then, the quest for the perfect 3D representation has driven innovation and sparked wonder in generation after generation. ”

LACMA is located at 5905 Wilshire Blvd. For information, visit lacma.org

Once Upon A Canyon Night launches 16th season with surprise guest

Prints at the Fowler explore artistic exchange between the U.S. and Mexico