Man charged with rape for April attack in Beverly Hills

Beverly Hills police arrested a male suspect who allegedly committed a violent sexual assault on April 22 near the corner of Wilshire Boulevard and Merv Griffin Way. 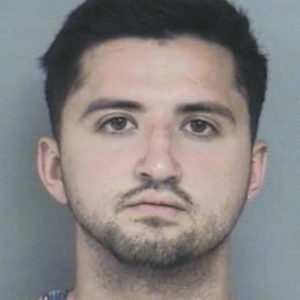 The suspect, Cuauhtemoc “Temo” Perez, 27, of Los Angeles, was arrested on June 14 at an undisclosed location and booked for sexual assault. The Los Angeles County District Attorney’s Office charged Perez on June 18 with one count each of assault to commit rape, kidnapping to commit rape and assault by force likely to produce great bodily injury.

The suspect was riding a bicycle on April 22 at approximately 3:45 a.m. when he allegedly started following a female victim who was walking through Beverly Hills after leaving West Hollywood. The suspect allegedly grabbed the victim from behind and pulled her to a secluded location where the assault occurred.

The suspect fled on his bicycle east on Wilshire Boulevard and west on Santa Monica Boulevard. Security camera video recovered at the scene provided investigators with good quality images of the suspect, which were released by the media. Police also received a tip about a possible suspect.

Information provided by the public coupled with DNA evidence that allegedly links the defendant to the crime provided investigators with sufficient evidence to arrest and charge Perez. He is currently being held on $1 million bail and is schedule to return to court on July 12.

Lt. Elisabeth Albanese cautioned people to be aware of their surroundings, particularly walking alone at night.

“Although Beverly Hills is a safe community and crimes of this nature are very unusual in our city, there are some steps you can take to stay safe when walking in the late evening hours,” Albanese said. “Walk with a companion or dog, chose a route that keeps you on major streets, stay in well-lighted areas, ensure you carry a cell phone and it is charged, save our non-emergency phone number in your phone for quick dialing, (310)550-4951, and report anything unusual or suspicious. We are always nearby.”

Anyone with information about the crime or who believes they may have been a victim is encouraged to contact the Beverly Hills Police Department’s Detective Bureau at (310)285-2158.