The Los Angeles Diversity Film Festival, running from July 26-28, provides independent filmmakers from around the world a venue to showcase their voices in an inclusive and multicultural environment at the Let Live Theater. 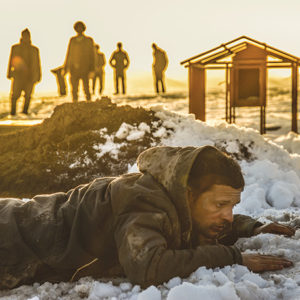 Among the highlights at the Los Angeles Diversity Film Festival is “Manicure,” a film that tells the story of a young Iranian man who tries to protect his wife’s legacy – and his own life – after her suicide. (photo courtesy of Laura Grover)

Now in its fifth year, the growing festival will feature 40 films, guest speakers, panel discussions and Q&As. LADFF kicks off Thursday, July 26, at 8 p.m. with a screening of eight global shorts featuring selections from Latvia, Israel, Iran, Sweden, Germany and the U.S., followed by a Q&A. The evening will be capped with an opening night party and meet and greet with the filmmakers at The Other Space, next door to the theater. Food and beverages will be served.

“This year we had a record breaking number of submissions to the festival.  it was difficult to narrow down so many amazing movies, but we are beyond thrilled with the programming this year,” Mereu said. “This selection of stories and filmmakers will give our audience unique perspectives on the human experience that they won’t see at other film festivals.”

In addition to the opening night shorts, festival highlights include “Purple Dreams (block 5),” a behind-the-scenes documentary chronicling at-risk youth in a public high school in North Carolina staging a production of “The Color Purple,” and “Mind Over Matter,” a documentary about the life of musician Brandon Mendenhall, who overcame cerebral palsy to become a celebrated rock ‘n’ roll guitarist.

LADFF is presented with the support of West Hollywood’s WeHo Arts program.

The LET Live Theatre is located at 916 Formosa Ave. For tickets and information, visit ladff.com.

L.A. County and LACMA collaborate for artist workshop and installation