In collaboration with the Wende Museum and the Getty Research Institute, the Los Angeles Filmforum will screen the 1977 film “Dream Reconstructions” by Miklós Erdély on Sunday, July 15, at 7:30 p.m. at the Spielberg Theatre at the Egyptian Theatre. 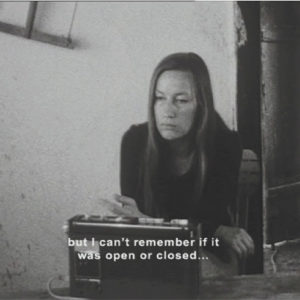 Erdély was a Hungarian architect, artist, writer and filmmaker who in the 1960s through the ‘80s became a key figure in Budapest’s neo-avant-garde artistic circles. When the renowned Balázs Béla Studio created an opportunity for nonprofessional filmmakers to make films, Erdély was among the artists who seized it.

Erdély’s “Dream Reconstructions” attempts to represent the unpresentable – in three different sequences, viewers see three individuals trying to reconstruct their dreams. The film probes the relationship between personal experience and interpersonal communication, mobilizing the tools of cinema and using experimental editing techniques to mimic the workings of the subconscious.

The screening of this film coincides with the exhibition “Promote, Tolerate, Ban: Art and Culture in Cold War Hungary,” co-presented by the Wende Museum and the Getty Research Institute and on view at the Wende Museum until Aug. 26.

General tickets are $10 and $6 for students and seniors. Admission is free for Filmforum members. To purchase tickets, visit erdely.bpt.me. For information, visit wendemuseum.org or lafilmforum.org, or call (323)377-7238.

The Spielberg Theatre at the Egyptian is located at 6712 Hollywood Blvd.