The Windsor Square-Hancock Park Historical Society is holding its 42nd annual dinner meeting on Sunday, June 24, from 3 to 6 p.m. at the Historic Gilmore Adobe. 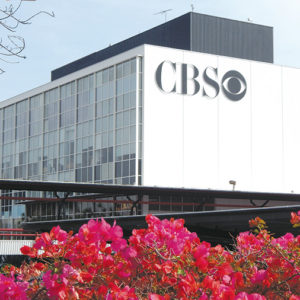 Speaker Adrian Scott Fine, director of advocacy for the Los Angeles Conservancy, will discuss “Saving CBS.” The conservancy has spearheaded designating CBS Television City as a cultural-historic monument and the Los Angeles Cultural Heritage Commission voted in May to recommend the designation, which is pending City Council approval. Last year, media reports surfaced about CBS considering selling the property.

The meeting also includes a rare opportunity to tour the Historic Gilmore Adobe, which is not normally open to the public. The A.F. Gilmore Company owns the Original Farmers Market and the adobe, which has been converted into administrative offices. The adobe was built in 1852 and has been part of the Gilmore family since 1880.

Additionally, Richard Battalgia will be installed as the society’s president at the dinner, which also includes a presentation of the Historic Landmark award. Other officers joining Battalgia will be Damona Hoffman, Myrna Gintel, Carol Wertheim and Fluff McLean.

Dinner will be served following the speaker’s presentation. Tickets are $45 for members; $60 for non-members. For reservations, visit wshphs.org.

Moore gets nod to become next LAPD chief