Girls swing for the fences in local softball league

Two teams of all-stars from the Wilshire Wildcats Girls Softball League will take a swing at making history this weekend when they play in the state finals in Palmdale. 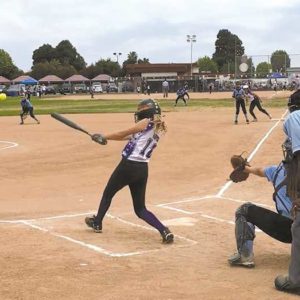 The Wilshire Wildcats 12-and-under team is heading to the state finals after a successful regular season and a win in the district tournament. (photo courtesy of Jina Castillo)

The girls on the 8-and-under team have a chance at winning the state finals for the first time. If the 12-and-under softball team wins, it will advance to the regional finals in San Diego – a feat accomplished only once before in the league’s 16-year history. A win there would be a first for the league.

“Everyone is so excited,” said Jina Castillo, president of the Wilshire Wildcats Girls Softball League. “It’s win, baby, win. We want them to go out and have fun and give it their best.”

The two teams won a district league tournament in Norwalk last weekend to achieve a berth in the state finals. Castillo said the girls faced the best teams in their league, which includes the central Los Angeles and South Bay areas.

“Teams from all throughout Southern California compete,” Castillo added. “They will be presented at Qualcomm Stadium. It would be a dream come true.”

Castillo said the final tournaments are the culmination of a spring season of play for the Wilshire Wildcats. The league fields teams with players ranging in age from 6 and under to 14 and under, and hosts seasons in spring and fall. New players are welcome and are not required to live in the local area. Games are played at Queen Anne Park, located just southeast of Olympic and Rimpau boulevards, and at Lemon Grove Park in east Hollywood. After the regular season concludes, players who excel often join all-star teams for local, state and regional tournaments. 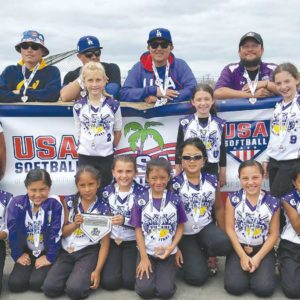 The Wilshire Wildcats 8-and-under team will compete in the state finals this year. (photo courtesy of Jina Castillo)

“There are a lot of opportunities,” said Castillo, who has three daughters who currently or previously played in the league. “It’s competitive, but the most important thing is they have fun. They make friends and learn to work as a team. It helps when they go on to college and with jobs.”

Lucy Perfitt, a 14-year-old pitcher who will be a freshman at Marlborough School this fall, said the Wilshire Wildcats Girls Softball League has been an important part of her life growing up. She started playing when she was 7 years old.

“At the beginning, I was really nervous, but now, I feel great about playing,” Perfitt said. “I see all of the friends I have made over the last seven years and the confidence I get in softball, I use in school. At Marlborough, I have played for the last two years.”

Perfitt said the softball league is the perfect place for new young players to learn the basics and improve their skills. The league stresses inclusion and girls from different backgrounds come together.

“I love to have new players,” she added. “We don’t exclude anyone. It makes it a lot more fun. We do a lot of team bonding. I would say it’s a place where we really belong.”

Perfitt’s mother Terrell agreed, adding that the Wilshire Wildcats have made a big difference in her daughter’s life. 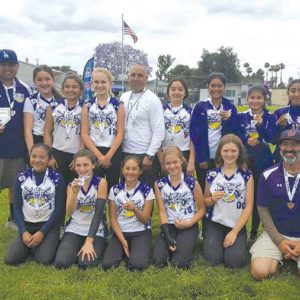 The Wilshire Wildcats 12-and-under team is hoping to advance to the regional finals after this weekend’s tournament. (photo courtesy of Jina Castillo)

“It’s been awesome,” Terrell Perfitt said. “My daughter has really found her sport. As a parent, it was a fantastic fit. She just took to it and hopefully, that will continue in high school.”

Families interested in having their daughters join the team are encouraged to visit the league’s website. Registration is open for the fall season, which runs from September through November. Castillo, who lives in the Mid-City area, said players come from Hollywood, Wilshire Hancock Park, Beverly Hills and the surrounding communities. Fees are approximately $155 and pay for uniforms, equipment and travel expenses.

“We have room for more players. Come out and see what we have to offer,” Castillo said. “It’s a lot of fun.”

Response to Stormy Daniels letters was on the money