Enjoy the musical sounds of summer in WeHo 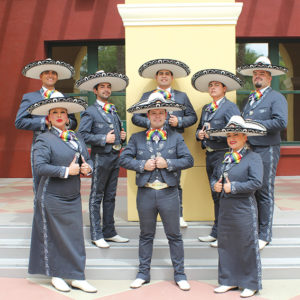 The series will kick-off with Mariachi Arcoiris de Los Angeles, the world’s first and only LGBTQ mariachi band, on June 24, at 5 p.m. in Plummer Park, 7377 Santa Monica Blvd. The unique ensemble was created as a haven for mariachi musicians who identify as LGBTQ to perform traditional Mexican regional music in a sometimes discriminating subculture of the mariachi world. The group is led by director Carlos Samaniego and features Natalia Melendez, the first transgender woman in mariachi.

The series returns with a blend of funk, Afro and Latin music performed by Jungle Fire on July 22, at 5 p.m. at Plummer Park. Jungle Fire is a 10-piece group influenced by the music of Irakere, Ray Barretto, James Brown, Fela Kuti and Manu Dibango.

Join the all-female swing band The Lady Lucks for a performance on Aug. 19, at 5 p.m. at Kings Road Park, 1000 N. Kings Road. The Lady Lucks are a new group but they can swing with the best of them.

Summer Sounds concerts are free; RSVPs are not required but are requested because there is limited first-come, first-served seating, Attendees are welcome to bring blankets and enjoy a picnic.

Dance Friday nights away this summer in Grand Park