Who doesn’t love the muppets? Here’s your chance to be a kid again. 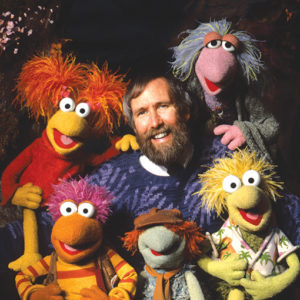 Jim Henson, here with puppets from “Fraggle Rock,” developed beloved shows such as “The Muppets” and “Sesame Street.” (photo courtesy of The Jim Henson Company/MoMI)

Featuring more than 100 objects drawn from the beloved worlds of “Sesame Street,” “The Muppets,” “Fraggle Rock,” “The Dark Crystal,” “Labyrinth” and more, the traveling exhibition highlights Henson’s groundbreaking work for film and television and his transformative impact on popular culture.

Organized by the Museum of the Moving Image, New York, “The Jim Henson Exhibition: Imagination Unlimited” will be at the Skirball through Sept. 2.

Visitors will have the opportunity to view a broad range of artifacts, including more than 20 puppets, character sketches, storyboards, scripts, photographs, film and television clips, behind-the-scenes footage, and costumes. Interactive stations will invite visitors to try their hand at puppeteering on camera and designing a puppet.

In keeping with its mission, the Skirball will delve into the social impact of Henson’s work, illuminating his vision to forge human connections. In particular, the Skirball will highlight how Henson’s characters and stories represent individuals and communities of diverse backgrounds and abilities, inspiring the public to look beyond differences and cultivate a more compassionate, inclusive world.

The Skirball is located at 2701 N. Sepulveda Blvd. For information and tickets, visit skirball.org.

LACO composer is a ‘sound investment’