‘Deadpool 2’ keeps it weird, and rightfully so

To describe “Deadpool 2” as more of the same might seem insulting, but considering the number of superhero sequels that disappoint, deeming something consistent is a new high. While other franchises flutter, exhausting all their good ideas in one entry, the Merc with a Mouth proves he can keep generating hilarious gags and outlandish action sequences in ways worth repeating. 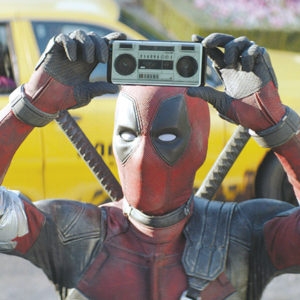 Ryan Reynolds returns as Deadpool in the second installment of the superhero adventure. (photo courtesy of 20th Century Fox)

Deadpool’s shtick should be clear by now: he’s no hero, just a gun for hire with insane regenerative abilities (like lose a few limbs and grow them back) and a heightened awareness of his role as a movie character, breaking the fourth wall when a good joke requires it. He takes out unsavory fellows most avoid because he has that kind of moral flexibility and no fear of death, thanks to his special powers.

That doesn’t stop stoic CGI buddy Colossus (Stefan Kapicic) from trying to recruit Mr. Pool – or Wade Wilson when he takes off the mask at home – from joining the illustrious X-Men. Deady even gives it a go for a hot second, embarking on a mission with his favorite millennial X-Man – a sexist name as our egalitarian psychopath points out – Negasonic Teenage Warhead (Brianna Hildebrand) and her girlfriend Yukio (Shioli Kutsuna). Pause for a moment and note we finally have overt lesbian representation in an “X-Men” film 18 years and 11 films later. It’s about time.

Wade’s X-Men trainee session comes to a quick end when he encounters young Russell (Julian Dennison), a mutant who can’t seem to control his abilities. The two end up incarcerated and sent to the Icebox, a prison for mutants. But navigating prison politics is only one challenge for Wade, who must don a collar that suppresses his powers, hence his cancer continues to eat away at his body.

And then there’s Cable (Josh Brolin), a futuristic mutant law enforcer who targets Russell before he can wreak havoc 50 years from now. Time travel isn’t new for “X-Men” following the events in “Days of Future Past,” but Cable’s arrival is something special for longtime comics fans. 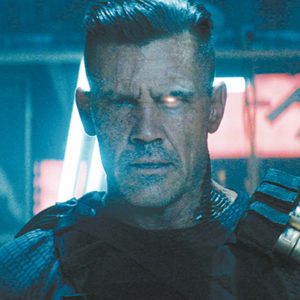 The metallic arm and glowing left eye, complemented by a brutish appearance and a sci-fi rifle that makes Agent Jay’s Noisy Cricket seem like a rubber band gun. This is Cable, the time-traveling son of Cyclops who often teams up with Deadpool. The guy teased in the after-credits scene of “Deadpool.” But he’s kinda the villain. Or at least hellbent on a cause, facing the classic ethical dilemma: if you could kill Hitler when he was a child, would you?

While Brolin’s take on Cable is spot on, the real gem of “Deadpool 2” is Zazie Beetz (“Atlanta”) as Domino, a mutant with the super power of luck. It’s not a cinematic ability, Deadpool says, but her standout moments prove him very wrong.

Both Cable and Domino tease another film possibly in the works, depending how the dust settles on the Disney purchase of several Fox assets: “X-Force,” as Dead names his hero team here. “Isn’t that name derivative?” Negasonic asks. Maybe, but it’s a fantastic comics series, darker and complex, culminating in nerdy joy. If only Wolverine would join up.

More than other films, “Deadpool 2” is a win for fandom, which is a complicated word considering how it’s been used. Roger Ebert once blamed fans for “Transformers: Revenge of the Fallen,” while most fans might blame that trash on sexist bros. “Deadpool 2,” in a more commercial way of course, allows its antiheroes and heroes to be a little bit more self-aware, subversive to a degree, playful with genre conventions.

These films live and die – die being a word choice since our protagonist can’t seem to even kill himself effectively – on Ryan Reynolds’ performance. And he consistently delivers. For a long time, fans have said he should play the character. He has the mannerisms of Jim Carrey but can get a lot more crass. That plays into his favor throughout, especially when his performance juxtaposes Colossus, who is a prude by comparison. Their bromance is one of the most unexpected and fun aspects of the film.

And how could we not mention Dennison, who is wonderful as an adolescent mutant dealing with abuse, insecurity and far too many rap lyrics played out in real life. He was sure to go places after a breakout performance in “Hunt for the Wilderpeople,” and this is the perfect next step.

For all its charms – and oh so many well-deserved laughs from our leading man, Blind Al (Leslie Uggams), cab driver Dopinder (Karan Soni) and a slew of memorable cameos – “Deadpool 2” makes a few frustrating choices. Don’t worry. In true form, the Merc pulls a “Quantum Leap” and puts right all that goes wrong. So, break out the chimichangas and celebrate another win for the red guy.

A night with Jack Hanna and a sloth