‘Blues in the night’ brings music lovers to The Wallis

The Tony and Olivier award-nominated production “Blues in the Night” comes to The Wallis Annenberg Center for the Performing Arts, with performances in the Lovelace Studio Theater through May 20. 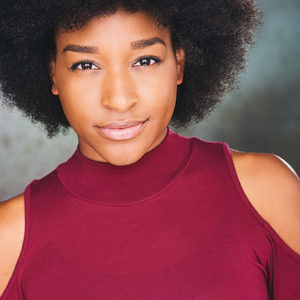 Bryce Charles makes her Wallis debut with “Blues in the Night,” performing as one of the three main women in the show. (photo courtesy of The Wallis)

Celebrating the soul of the blues, the show features 26 numbers by icons such as Bessie Smith, Duke Ellington and Johnny Mercer, telling the sweet and sorrowful experiences that three women have with a lying and cheating man.

Conceived and directed by Sheldon Epps, the production will feature Yvette Cason, of Broadway’s “Shout Sister Shout,” and the film “Dreamgirls”; Bryce Charles, of “The Book of Mormon,” and ABC’s “Black-ish”; Paulette Ivory, of Disney’s “Aida” and the West End premieres of “The Lion King” and “Blues in the Night”; and Chester Gregory, of Broadway’s “Motown: The Musical,” “Hairspray” and “Sister Act.”

“In exploring potential projects with Sheldon, I was drawn to his original production of ‘Blues in the Night,’ which ran in a small off-Broadway theater in the early 1980s, and at the Donmar Warehouse in London,” The Wallis’ Artistic Director Paul Crewes said. “I loved the idea of Sheldon coming back to the work, placing it in our Lovelace Theater, and revisiting the intimacy of this wonderful production.”

“To return to ‘Blues in the Night’ after so many years feels like visiting an old friend,” added director Sheldon Epps. “This production has evolved substantially from its original conception and to now revisit it as it was originally conceived is extremely exciting for me.  And I couldn’t be more thrilled with this talented cast. I know that they will blow the roof off of The Wallis with their passion and energy combined with the power of the ‘Blues.’”

In addition to Epps, the creative team for “Blues in the Night” includes scenic design by John Iacovelli, lighting design by Jared A. Sayeg, costume design by Dana Woods, sound design by Cricket S. Myers and music direction by Abdul Hamid Royal.

Audiences are invited to enjoy craft cocktails, a handpicked bottle of wine or draft beer at The Briskin Bar @ The Wallis located in the beautiful Jim and Eleanor Randall Grand Hall before and after each performance. Patrons attending evening performances are encouraged to arrive early for happy hour featuring special drink prices from 5:30-6:30 p.m.