In the future, Google Glass inherits the world. That’s “Anon,” a science-fiction thriller about the horrors of a dystopian future where everything we see becomes a matter of permanent record, easily accessible. It’s a clever hook, and the film provides enough plot to pass the time once you’ve seen the “Avengers” four times. 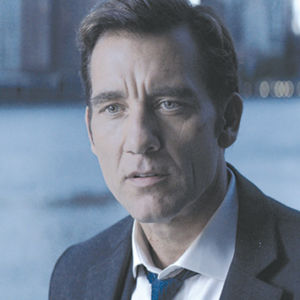 At birth, everyone is connected to The Mind’s Eye, a database that stores everything people see and allows everyone to access whatever information they wish. Police have totalitarian control over those feeds. No judges, no due process, no privacy. If you try to hide something, you’re a suspect (just like your weird friend who doesn’t have a Facebook account). All for the greater good – the Patriot Act on cocaine.

It makes criminal investigations rather easy for detective Sal Frieland (Clive Owen) until he encounters a mystery, “a classic whodunit,” he describes. Normally 5-O just taps into the visual feed of the deceased moments before their untimely end. Problem is a growing number of victims’ feeds have been replaced with the POV of the killer’s feed. So vics see themselves offed, unable to move. If Sal doesn’t find the killer soon, society could be at risk, everyone vulnerable to similar attacks. Eventually, a suspect arrives – a hacker known as The Girl (Amanda Seyfried), whose entire existence seems to be erased.

Anonymity is a major problem in a society that relies on unfettered transparency, so this woman becomes a primary target more for her invisibility than any murders she allegedly commits. Sal, in traditional monotone Clive Owen fashion, is less concerned about the politics of her life choices and more about the killings.

Perhaps “Anon” qualifies as neo-noir, desperately attempting to pick up where “Blade Runner” left off. But this isn’t as dark, detailed or nihilistic. It’s too preachy, so let’s consider this more a futuristic detective story leading up to a key piece of social commentary – more fun to talk about, but not half bad to enjoy. At just over an hour and a half, modest easily describes what transpires, while watchable more accurately contextualizes the latest Netflix film, which outdoes most of its kind on the streaming platform (that’s not exactly a high bar). And during a slow weekend at the box office, you could view much worse. 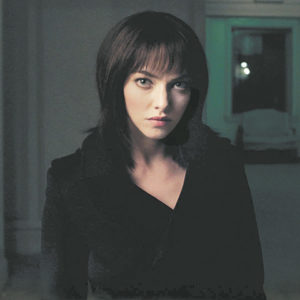 Amanda Seyfried stars as The Girl in “Anon,” a new sci-fi thriller from director Andrew Niccol. (photo courtesy of Netflix)

“Anon” succeeds in developing a rich setting. A clean cityscape with very little crime thanks to constant surveillance. A clear distinction between people’s abilities to pull up stored information and their separate use of memories, which go unaffected – though this could’ve been explored in a much deeper way since a device that allows total recall of your past would definitely change how memory works (think about the transition from oral to written culture – how memory no longer needed to store so much on its own when paper helped replace it).

And when the killer starts to toy with Sal’s memories, erasing the good ones and making him relive the bad, we grasp exactly how bad things can get if a techno-future goes into auto-pilot, assuming everything will be OK. What “Anon” warns against is digital hubris, technological advancement as utopia. The internet was first invented as part of a military experiment to ensure important information remained safely stored in several places in case a central location was attacked. So much emphasis on digital spaces over analog ones results in the same dilemma. What happens if the internet goes down? Imagining every satellite and data center destroyed at once is far-fetched. But when materiality is replaced, something changes in a society. What exactly remains is a topic worth exploring.

Andrew Niccol imaginatively asks such questions, but his directing career is uneven to say the least. He always develops sci-fi concepts à la Philip K. Dick. That doesn’t always mean they work in his films, but props for trying sometimes (“In Time” fits this bill). Perhaps his greatest achievement was writing “The Truman Show,” but ignoring his crowning “Gattaca” would be a shame. As for “Anon,” he writes and directs a well-placed, simple story that mostly works but hardly leaves a lasting effect.

“Anon” largely stumbles in its final moments, laying it on thick. Under the all-seeing eye, hiding only draws more attention, so why bother at all? That question isn’t relayed in subtext but directly asked. The answer couldn’t be more on the nose, clearly falling in the pro-privacy camp.

Subtlety goes a long way, especially in science fiction that should be much smarter than this.