Normally, the summer movie season kicks off the first week of May with a Marvel film, which has been the case for over a decade. But “Infinity War” will arrive Friday, a week earlier than anticipated.

This one’s a mixed bag with the most loaded cast – it’s easier to say who isn’t in the film at this point (perhaps no Ant-Man or Nick Fury). But the Russo brothers (“Captain America: The Winter Soldier,” “Civil War”) have proven they can handle large casts, so let’s hope as the Avengers, Guardians of the Galaxy, some sorcerers and all of Wakanda assemble for a $300 million-budget epic.

Director Jason Reitman (“Juno,” “Up in the Air”) returns with another indie-lite comedy about the challenges of adulting. Reuniting with Charlize Theron, she plays a struggling mother whose reticence to accept help from a night nanny named Tully (Mackenzie Davis) transforms into a unique friendship. Laughs and tears are sure to follow.

Few summer flicks look more visceral than this woman-power revenge thriller. When a shady BF leaves her for dead, impaled on the side of a ravine, Jen (Matilda Anna Ingrid Lutz) does the unexpected, both surviving and (you guessed it) exacting vengeance on bae and all other parties involved. It better be as bloody and Old Testament-justice satisfying as it looks.

Margot Robbie, Simon Pegg, Mike Meyers and the dude who played Neville in every “Harry Potter” film (Matthew Lewis) show off their best evening wear in this stylish assassin film that desperately wants to restart film noir for a modern audience.

Ryan Reynold’s take on the Merc with a Mouth was a sleeper hit, and this sequel starring Josh Brolin as Cable and a slew of other familiar mutants like Domino, Colossus and Negasonic Teenage Warhead is sure to bring the laughs.

When Ron Howard replaced the original directors on this Han Solo origin film, a downward slope on the rumor mill began. Hopefully it’s fun, but there’s grounds for concern.

This Mr. Rogers documentary might just be the film of the summer. Watch the trailer and try not to cry.

When “Ghostbusters” attempted an all-women reboot, the outcome wasn’t the greatest, but that has nothing to do with this heist film starring Sandra Bullock, Cate Blanchett, Anne Hathaway, Dakota Fanning, Mindy Kaling and Rihanna. Ignore the haters and unjust comparisons – let this one stand alone.

Growing studio A24 continues to pump hits from “Ex Machina” to best-pic winner “Moonlight.” Not shocking, they excel at horror films (“The Witch,” “The Green Room”), and this one feels like the creepiest celluloid experience this year. 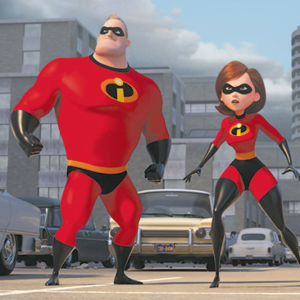 Pixar presents the return of “The Incredibles” in 2018, 14 years after the release of the original film. (photo courtesy of Pixar)

We got three “Toy Stories,” three “Cars,” two “Monsters” and two “Nemo” films before Pixar finally made their way around to an “Incredibles” sequel. Picking up where the previous one left off 14 years ago, we finally get the studio’s splendidly retro and fresh take on superheroes.

“Jurassic World” did great at the global box office, but its disposability is hard to forget. Rather than concoct a thriller worthy of 1993’s “Jurassic Park,” it staked out some corny territory complete with a character donning high heels while alluding a T-Rex and a raptor as the hero who saves the day. Perhaps this “World” sequel could be fun, especially with J.A. Bayona (“The Orphanage,” “A Monster Calls”) directing, but too many missed opportunities cloud attempts at success.

This is the one Marvel hero who at least doesn’t fall into the world-ending third act. If the sequel does, for shame. The heist formula of “Ant-Man” was a nice touch that will hopefully guide this sequel that finally puts a superheroine’s name in the film title. It’s about time.

Why does this exist? One film with a pitchy Meryl Streep and a flat Pierce Brosnan is enough. Here we go again, and not in a good way.

Tom Cruise films are two-hour ads to prove the man knows how to perform stunts with the same confidence of jumping on Oprah’s couch. You know what? They’re ridiculously entertaining each time. Old faces and news ones, like a mustached Henry Cavill, help special agent Ethan Hunt take on the impossible for a sixth time.

Christopher Robin (Ewan McGregor) is all grown up, living a rather sad life until childhood friend Winnie the Pooh and the rest of the gang jump out of animated form and into this delightful-looking live-action story.

How often does a major studio produce an Asian-majority-cast film? It’s about as rare in theaters as it is on TV, but Constance Wu is ready to shatter that glass ceiling with an adaptation of Kevin Kwan’s novel that looks like the last good film of summer.