USC will recognize five honorary degree candidates for their work as philanthropic, academic, scientific, arts, civic and military leaders as part of the university’s 135th commencement ceremony  on May 11. 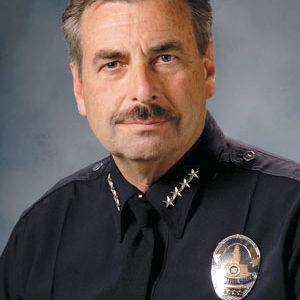 Beck was called a catalyst for the department’s innovative reform efforts who continues to refine the strategies that affirm its standing as one of the most progressive law enforcement agency in the nation. Under his guidance, the department has implemented visionary policies such as the Community Safety Partnership program and the reclamation of MacArthur Park.

Mukherjee, who will also be the commencement speaker, is a pioneering physician, oncologist and author who has redefined our public discourse on human health. He is best known for his book, “The Emperor of All Maladies: A Biography of Cancer,” which earned him a Pulitzer Prize.

Bolden is an aviator, astronaut and civil servant who was a test pilot before NASA recruited him to fly the space shuttle. After logging nearly 700 hours as a shuttle pilot and mission commander, he was later appointed to the position of NASA administrator, making him the first African-American to lead the agency. During his tenure, he oversaw NASA’s transition from shuttle missions to the advancement of innovative technologies for deep space voyages.

Doudna has used innovative techniques for genomic editing, advancing one of the most significant discoveries in the history of biology. Her leadership helped establish the “CRISPR revolution,” a field of biomedical research that uses an RNA-guided protein found in bacteria to create a technology known as CRISPR/Cas9. The mechanism can be used to edit the DNA of any organism and has transformed investigations into treatments for diseases such as HIV, sickle cell anemia and muscular dystrophy.

Whitaker is an actor, director, producer and social activist know for raising awareness about the human cost of conflict and violence while building pathways to peace for people around the world.

Cast announced for ‘Blues in the Night’ at The Wallis