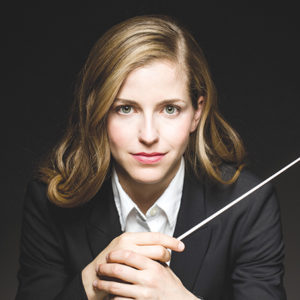 Karina Canellakis will lead the Los Angeles Chamber Orchestra in performances at the Alex Theatre and Royce Hall. (photo by Todd Rosenberg)

Canellakis is internationally acclaimed for her emotionally charged performances, technical command and interpretive depth. She made her European conducting debut in 2015 with the Chamber Orchestra of Europe in Graz, Austria, replacing the late Nikolaus Harnoncourt, and returning the following June to conduct Concentus Musicus Wien in a Beethoven Cycle.

Fray maintains an active career as a recitalist, soloist and chamber musician worldwide. He has collaborated with leading orchestras and distinguished conductors such as Marin Alsop, Pierre Boulez, Kurt Masur and Riccardo Muti.  Tickets start at $27. Discounted tickets are also available by phone for seniors 65 years of age and older, and for groups of 12 or more. College students with valid student ID may purchase discounted tickets for $8, based on availability.