The California Science Center presents screenings of the film “Pandas,” a documentary adventure and amazing experience for the whole family. 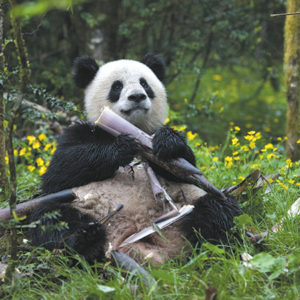 At Chengdu Panda Base in China, scientists are dedicated to protecting the species by breeding adult giant pandas so cubs can be introduced into the wild. The film follows a researcher who initiates a new technique for enhancing panda survival inspired by a black bear program in rural New Hampshire. What starts as a cross-culture collaboration becomes a life-changing journey for an American biologist who crosses an ocean, a scientist from Inner Mongolia and a curious female cub named Qian Qian (pictured) that was born in captivity.

Captured with IMAX Cameras and narrated by Kristen Bell, the film follows Qian Qian on an exciting new adventure in the mountains of Sichuan as she takes her first steps outside her protected habitat.

The California Science Center is at 700 Exposition Park Drive. For information, call (323)SCIENCE, or visit californiasciencecenter.org.

Friends of Greystone spotlight on AFI