The Ford Theatres announced the 2018 season of events at the fully transformed John Anson Ford Theatres. The 2018 season will open on Friday, June 1, with Chano Dominguez’s “Flamenco Sketches,” a reimagining of Miles Davis’ “Kind of Blue,” the best-selling jazz album in the world, featuring Dominguez on piano and National Flamenco Contest (Córdoba, Spain) winner Daniel Navarro, and will conclude on Sunday, Oct. 28, with a new site-specific work by the Heidi Duckler Dance Theatre. 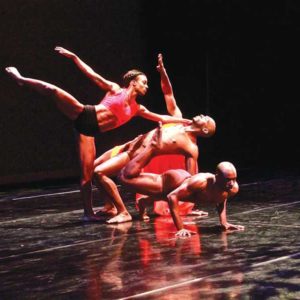 This year marks the first full five-month season since 2013, following the completion of a nearly three-year renovation of this iconic venue nestled in the Cahuenga Pass. IGNITE @ the FORD!, a presenting series that began in 2017, will continue to broaden the Ford’s offerings by drawing artists from around the globe. How the venue is used for performances has been expanded as well – audiences will join artists on the stage for several performances, film screenings will take place on the new terrace and a new dance work will debut in the loading dock. Tickets can be purchased at fordtheatres.org or by calling (323)461-3673.

“The Ford Theatres 2018 season really does have something for everyone,” Los Angeles County Supervisor Sheila Kuehl said. “I think everyone should peruse this year’s calendar event by event. Each and every performance is distinctive and might reveal a jewel in LA’s cultural firmament new to you and amazing. If you haven’t been to the Ford in years, this is the season to come back, and if you’re a regular, you’re in for another outstanding season.”

With the 2018 Season, the Ford expands IGNITE @ the FORD!, its presenting series curated by Ford Theatres Interim Executive Director Olga Garay-English, an arts leader with more than 30 years in the field. IGNITE @ the FORD! features thought-provoking nationally and internationally-known artists whose work is compelling and contemporary. Two June performances are timed with citywide events: Local favorite Lula Washington Dance Theatre will perform work by three renowned choreographers, Kyle Abraham, Rennie Harris and David Roussève, alongside work by Lula Washington and Tamica Washington-Miller, in conjunction with the 2018 Dance USA Conference. Over two nights in June, Grammy-winning conductor Craig Hella Johnson and the Grammy-winning Conspirare choir will perform “Considering Matthew Shepard,” Johnson’s musical response to Matthew Shepard’s tragic death upon the eve of the 20th anniversary. This timely event is part of the city of West Hollywood and WeHo Arts’ One City One Pride commemoration.

The Ford Theatres is located at 2580 Cahuenga Blvd. E. For information, visit fordtheatres.org.