The nonprofit Santa Clara River Valley Railroad Historical Society is hosting the “Steam Railfest!” on April 28-29, with the Fillmore & Western Railway as the main sponsor. 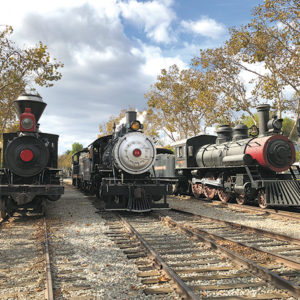 Established in 1993, the Santa Clara River Valley Railroad Historical Society’s mission is to assist in the preservation and restoration of the railroad corridor between Montalvo and Saugus. The railroad corridor, commonly referred to as the Southern Pacific’s Santa Paula Branch, is a unique and historic asset.

Mark your calendars for the “Steam Railfest!” in the historic town of Fillmore, which is also home to the Fillmore & Western Railway Co. For information, visit steamrailfestival.com.

Friends of Greystone spotlight on AFI