Dance show and party at the Palladium 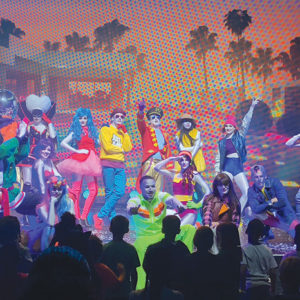 Fans play an integral role in the show – from walking the red carpet, to mingling with other dancers, to transforming their hair and makeup looks in the “Get Ready For it” zone – all before entering a live performance that surrounds the audience.

“Expanding the 2D world of the video games in to a vivid 3D universe, ‘Just Dance Live’ celebrates the characters, costumes, moves and music that more than 120 million global Just Dancers know and love, while providing an exciting new escape for fun seekers of all ages,” said Hinde Daoui, Live Entertainment producer for Ubisoft.

Tickets start at $20 for the March 29 performance, and $45 for the other shows. A limited number of specially priced family four packs are available for each performance, as well as a limited amount of VIP packages ($95-$99).

The Hollywood Palladium is located at 6215 Sunset Blvd. For information and tickets, visit justdancelive.com.

Prang to attend meet and greet