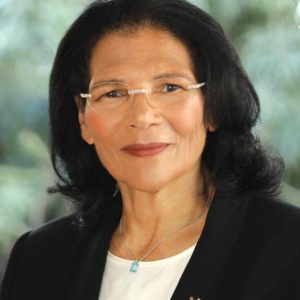 DeFrantz (photo courtesy of the city of Beverly Hills)

DeFrantz, who captained the U.S. women’s rowing team of eight to win a bronze medal in the 1976 Montreal Olympic Games, will share her experiences as a decorated Olympic athlete and member of the U.S. and International Olympic Committee. DeFrantz will read excerpts from her recently published memoir, “My Olympic Life,” and offer her unique perspective on sports, the history of the games and a glimpse of what we may expect from future Olympic games, including 2028 Los Angeles.

DeFrantz is a member of the International Olympic Committee and is the vice president of the IOC executive board. She serves on the Legal Affairs Commission of the IOC. She has served on the United States Olympic Committee board of directors since 1976, after her election to the Athletes Advisory Committee.

Before she joined the ranks of the IOC, DeFrantz served as vice president of the 1984 Los Angeles Olympic Organizing Committee and was elected to IOC membership in 1986, making her not only the first African-American but also the first American woman to serve on the committee.

Currently, DeFrantz is president of the Tubman Truth Corp., an organization working to provide liberty and justice for all people. She also serves on LA 2028, the Los Angeles bid committee for the 2028 Summer Olympic Games, as the LA 2028 senior adviser for legacy.