The Los Angeles Philharmonic has announced its 97th summer season at the Hollywood Bowl, featuring a roster of world-class artists in genres ranging from classical and pops to jazz, rock and world music, with concerts taking place between June and September 2018. 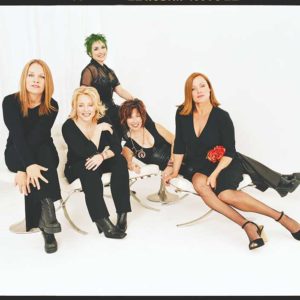 The Go-Go’s will perform with all five original members at the Bowl this summer for the July 4 fireworks show. (photo courtesy of LA Phil)

Opening night at the Bowl showcases Diana Ross and the Hollywood Bowl Orchestra conducted by Thomas Wilkins, plus fireworks.

John Williams celebrates the 40th anniversary of his first appearance at the Bowl, conducting the Los Angeles Philharmonic in many of his greatest moments in movie music. Films with live orchestra include “Star Wars: A New Hope,” “Star Wars: The Empire Strikes Back,” “Jaws,” “Harry Potter and the Goblet of Fire” and “The Pink Panther.”