The Hollywood Bowl, the summer home of the Los Angeles Philharmonic, was recently honored as the Best Major Outdoor Concert Venue at the 29th Annual Pollstar Awards at the InterContinental Los Angeles Downtown. 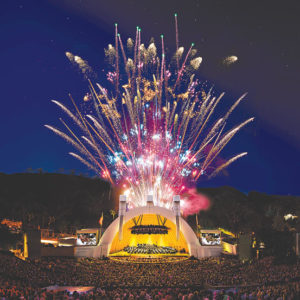 Details of the 2018 summer season at the Hollywood Bowl will be announced on Wednesday, Feb. 21.