The Wallis hosts an evening of Brahms, Bartok and Franck

One of the world’s premier violinists Sarah Chang joins forces with the pianist Julio Elizalde for a one-night-only performance highlighting their talents in their debut at the Wallis Annenberg Center for the Performing Arts on Saturday, Jan. 6 at 7:30pm. 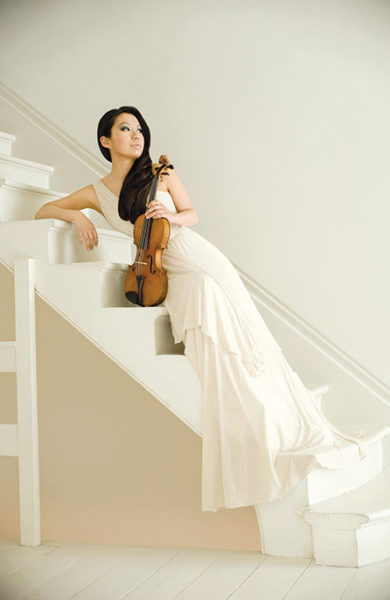 The program includes Bartok’s Romanian Folk Dances, Brahms’ Sonata No. 3 in D minor, Op. 108 and Franck’s Sonata in A major, FWV 8. Prior to the concert at 6:30 pm, Classical KUSC’s Brian Lauritzen will host a conversation with Sarah Chang as part of the organization’s Preludes @ The Wallis series. This concert is made possible by the support of the Simms-Mann Family Foundation.

Since her debut with the New York Philharmonic at the age of eight, Chang has performed with the most distinguished orchestras, conductors and musicians worldwide in a career spanning more than two decades. Julio Elizalde is one of the most sought-after artists of his generation. He has performed in many of the major music centers throughout the United States, Europe, Asia and Latin America to popular and critical acclaim.

“We are thrilled to welcome Sarah Chang and Julio Elizalde to The Wallis,” said Paul Crewes, the organization’s artistic director. “These two amazing artists have designed a beautiful program that will sound acoustically stunning in the Bram Goldsmith Theater. I couldn’t think of a more robust way to kick off Winter @ The Wallis.”

This season, Preludes @ The Wallis returns to enhance the audience experience providing a free pre-concert conversation with artists and special guests one hour prior to each Music @ The Wallis classical music performance. A complimentary glass of wine courtesy of The Henry Wine Group is offered at the discussion.

Roll into the Petersen for ‘Lowrider Stories’ Sunday