American Cinematheque at the Aero Theatre will present its premiere release of “Mary and the Witch’s Flower,” a production by Studio Ghibli alumni from Jan. 19 to Jan. 21. 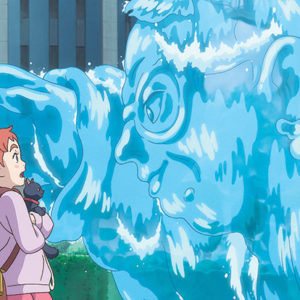 Mary is a little witch who attends a magic school after discovering a broomstick with some secrets. (photo courtesy of American Cinematheque)

Studio Ponoc, a Japanese studio consisting of those who studied under famous animator Hayao Miyazaki, produced the film, which is called “Meari To Majo No Hana” in Japanese.

The animation is directed by Hiromasa Yonebayashi and based on Mary Stewart’s 1971 children’s classic “The Little Broomstick.” While living in the country with her great-aunt, Mary follows a mysterious cat into the nearby forest, where she discovers an old broomstick and the exotic Fly-by-Night flower. Together the flower and broomstick whisk Mary far away to Endor College – a school of magic where some terrible things are happening.

This film will play in different versions at various show times; the schedule can be found online. Matinee screenings will be the dubbed version featuring Kate Winslet and Jim Broadbent’s voices for the benefit of non-reading children.

Tickets are available at americancinemathequecalendar.com/content/mary-and-the-witchs-flower-0. General admission is $12 and members pay $8.

The Aero Theatre is located at 1328 Montana Ave., Santa Monica.