The Los Angeles Unified School District Board of Education voted 6-1 on Jan. 16 to approve the “LAUSDATA” resolution sponsored by board Vice President Nick Melvoin and board member Richard Vladovic to create a system of open portal datasets and data applications to increase transparency and accountability. 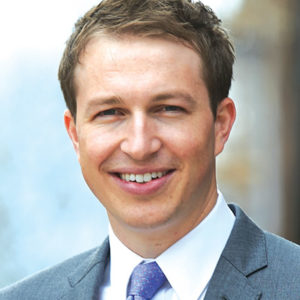 Open data is publicly available and easily accessible data published by the district so that the public is able to engage and participate in LAUSD’s progress toward goals like 100 percent graduation, literacy and numeracy for all, closing achievement gaps, and college and career readiness for all students.

Internal and external stakeholders can all benefit from the democratization of data – from teachers to research partners to community organizations.

“When I started teaching, I quickly learned that the best teachers used student data to inform their instruction. I believe that the district should do the same,” said Melvoin, who began his career as an English teacher at Markham Middle School in Watts. “And we should do so transparently, inviting the public to join us in our continuous effort to best serve all kids in L.A. Unified.”

Vladovic expressed the importance of putting data in the hands of district parents.

“It shines a light for the district to focus its resources and most importantly it gives our parents direct accessibility to district data,” Vladovic said. “For those that don’t have the means at home to access the information, our parent centers are open to provide the data they require to make informed decisions.”

Karla Lopez from the Alliance for a Better Community also spoke in support of Melvoin’s resolution to close the achievement gap for Latino students in LAUSD.

“Many community partners rely on data from the school district which allows for better analysis and improvement of practices,” Lopez said. “I believe that access to open data will bring us closer to closing achievement gaps in the Latino community.”

Lilian Coral, who served as the chief data officer for the city of Los Angeles during the implementation of “DataLA,” the mayor’s open data portal, addressed the importance of empowering the public by making data accessible.

“Public engagement and transparency are foundational,” Coral said. “Raw data empowers Angelenos to communicate across departments and industries and take action with the common goal of improvement for our city and citizens.”

Community leaders called on to create roadmap for literacy success