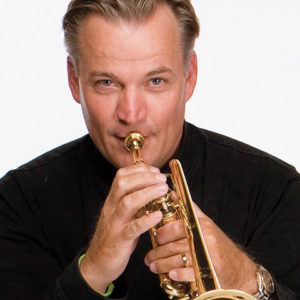 The program will include Monteverdi’s “Toccata from L’Orfeo,” Vivaldi’s “Concerto for Two Trumpets,” the second movement from Boyce’s “Suite for Brass Quintet” arranged by Howard Cable, and Giovanni Gabrieli’s Canzon II from “Canzoni et Sonate.” Also featured are Bach’s Violin Concerto in A minor arranged for brass quintet by Graham Dixon, and Contrapunctus 1, 7 and 8 from “The Art of the Fugue” arranged by Ralph Sauer.

Formed in 1992, The Modern Brass Quintet is one of Los Angeles’ foremost proponents of brass chamber music, and has been featured on the soundtrack for the acclaimed drama “American Crime Story.” Members of The Modern Brass Quintet are trumpets Marissa Benedict and Daniel Rosenboom; Dylan Hart, horn; Steven Suminski, trombone; and Doug Tornquist, tuba.

The five-concert Baroque Conversations series continues during LACO’s 50th anniversary and 2017-18 season with three other programs on March 1, March 22 and April 26.

Tickets start at $45. Discounted tickets are available by phone for groups of 12 or more.  College students with valid student ID may purchase tickets for $8, subject to availability.