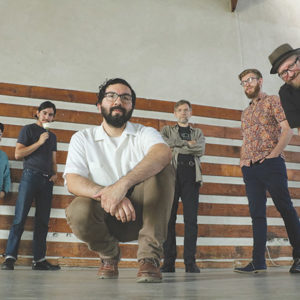 The concert will include original compositions written by Severin Behnen, in collaboration with Ik-Soo Heo, that highlight the depth and beauty of Korea’s geomungo, a traditional string instrument. The main program featuring Geomungo Jazz Trio will be accompanied by a set of lively Latin folk music by Cuñao.

As a senior member of the Gyeonggi Provincial Traditional Music Orchestra, Ik-Soo Heo has been exploring ways of blending classical geomungo music with contemporary instrumentals. Heo has worked with a number of distinguished composers such as Thomas Osborne, of University of Hawaii; Keiko Harada, of Tokyo University; and Seung Won Oh, of DePaul University to create acclaimed geomungo music pieces.

Behnen is an American jazz composer and pianist with over 30 years experience in jazz, folk, bluegrass and classical ensembles. He is an active member of Cuñao. Since meeting Heo in 2010, Behnen has composed two major geomungo concert pieces.