The city of West Hollywood is inviting dog owners and their pets to a ribbon-cutting ceremony for the city’s new off-leash dog parks on Saturday, Jan. 13 at 10 a.m. in West Hollywood Park. 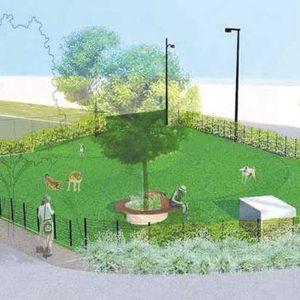 (rendering courtesy of the city of West Hollywood)

The new park configuration will include an aquatic and recreation center, expanded green spaces, updated children’s playgrounds and an AIDS Monument at the West Hollywood Library, which was completed as part of Phase I of the park improvement project. The park and all existing facilities will remain open until each new improvement is completed and open. El Tovar Place – a short road between San Vicente and Robertson boulevards just south of West Hollywood Park – will remain closed for construction.