The Natural History Museum of Los Angeles County will launch its 2018 installment of the “First Fridays” series with “L.A. Invents: A Becoming Los Angeles Series” on Friday, Feb. 2. 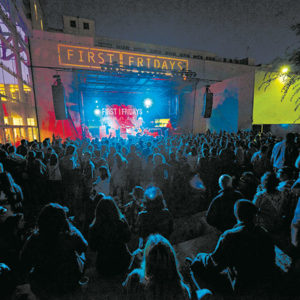 This year’s “First Fridays” series examines Los Angeles as a laboratory and factory for much of what makes the world modern. Journalist, author and Emmy-winning public television and radio host Patt Morrison will moderate the five-part series, with additional installments on March 2, April 6, May 4 and June 1.

“First Fridays” will feature tours of the museum on Feb. 2 at 5, 5:30 and 6 p.m. Los Angeles has influenced the growth and development of American culture and technology for over 160 years. The tours will offer a behind the scenes look at seldom-seen history department artifacts illustrating the evolution of the automotive, aviation and aerospace industries, as well as sports, early oil exploration, Southern California architecture and local design studios. The History Department’s Seaver Center will be open after the conclusion of the tours from 6:30 to 8 p.m.

At 6:30 p.m., Morrison will moderate “From L.A., to Infinity-and Beyond,” a discussion with Benjamin Dickow, Peter Westwick and Diana Trujillo on Southern California’s contributions to the aerospace industry. Music lovers will also enjoy performances by Phoebe Bridgers at 8 p.m., and John Doe and Exene at 9 p.m. Guest DJ Reflex will spin tunes in the DJ Lounge from 6 to 8:30 p.m., and KCRW resident DJ Anthony Valadez provides music from 8:30 to 10 p.m.

Tickets are $20 for the February through May events; $25 for the June event, which features a series finale and outdoor concert.

The Natural History Museum of Los Angeles County is located at 900 Exposition Blvd. For information, call (213)763-DINO, or visit nhm.org.

It’s a Free-for-All at dozens of So. California museums Sunday