Disney Theatrical Productions has announced that original Broadway cast members Adam Jacobs, in the role of Aladdin; Michael James Scott, in the role of Genie; and Courtney Reed, in the role of Jasmine, will reunite for five weeks of the Los Angeles production of Disney’s “Aladdin,” from Jan. 13 to Feb. 18. 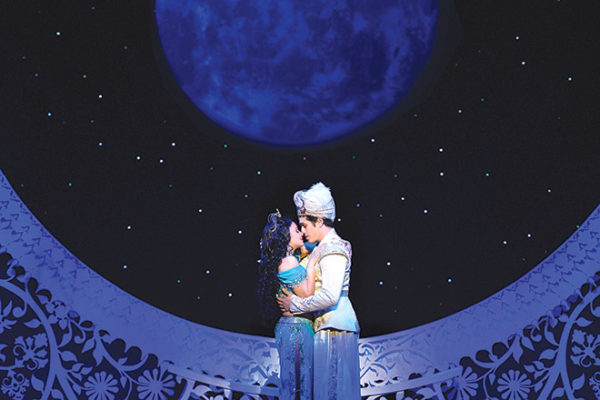 Adam Jacobs stars as Aladdin and Isabelle McCalla as Jasmine in the production of “Aladdin.” (photo by Deen van Meer)

The full engagement is 12 weeks long, and runs through March 31 at the Hollywood Pantages Theatre.

Adam Jacobs, who received a 2014 Drama Desk Award nomination for “Outstanding Actor in a Musical” for originating the role of “Aladdin” on Broadway, has previously appeared on Broadway as Marius in “Les Miserables” and Simba in “The Lion King.” Michael James Scott originated “Genie” in the Australian production of “Aladdin,” where he received a Helpmann Award for “Best Performance by a Featured Actor in a Musical.” Courtney Reed has previously been seen on Broadway in “Mamma Mia!” and “In the Heights.”

The Hollywood Pantages Theatre is located at 6233 Hollywood Blvd. For information and tickets, call (800)982-2787, or visit HollywoodPantages.com.