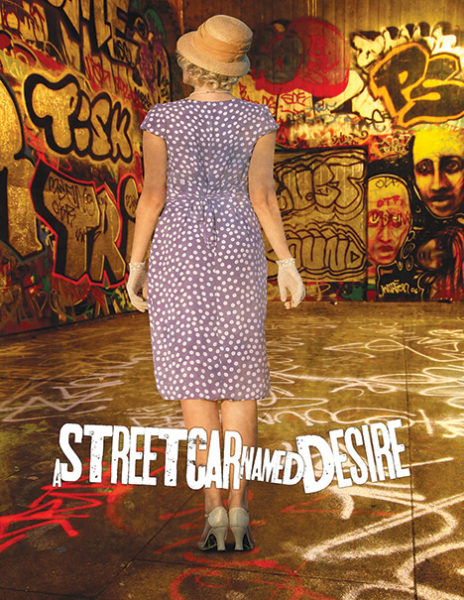 Director Michael Michetti plans to strip away decades of “Southern gothic gauze” to reveal themes of class, race and gender. By placing the traditional, 1940s-era main character Blanche within a contemporary, multicultural and urban environment familiar to modern audiences but foreign to her, this new production highlights the relevance of this play for a divided country.

“A Streetcar Named Desire” originally opened on Broadway in 1947. Directed by Elia Kazaan, the show starred Jessica Tandy, Marlon Brando, Kim Hunter and Karl Malden. The play would go on to win the Pulitzer Prize for Drama, and in 1951, the play became a film, with Vivien Leigh playing Blanche.

“To me, Blanche represents the last desperate cries of privilege. The drama arises as she tries to cling onto a world that no longer exists and refuses to embrace the actual world that she inhabits,” Michetti said. “In this production, Blanche is an interloper, surrounded by people of different classes and races who speak truthfully and often bluntly about the world in ways that discomfort Blanche. And in the end, her inability to adapt sends her into a downward spiral. I think this production also speaks to current discussions of nationalism.”

“A Streetcar Named Desire” is made possible through the support of The David Lee Foundation.

‘Murder and Madness’ returns to the Greystone Mansion