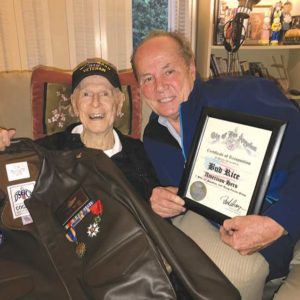 Rice, who has lived in Windsor Square since 1952, flew a C-47 Skytrain over Normandy during D-Day, according to Stars and Stripes. He was with the 37th Troop Carrier Squadron as part of the Allied invasion of occupied Europe.