The Wallis presents ‘Social Activism and the Arts’

As a way of continuing the legacy of comic Dick Gregory’s work, The Wallis Annenberg Center for the Performing Arts presents a free panel discussion – “Social Activism and the Arts: Lessons from the Legacy of Dick Gregory” – on Monday, Dec. 11 at 7 p.m. in the Lovelace Studio Theater. 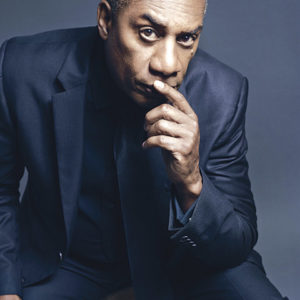 (photo courtesy of the Wallis Annenberg Center for the Performing Arts)

Gregory – subject of the play “Turn Me Loose,” exploring the influential life of the 1960s activist and first black comedian to make white audiences laugh at the absurdity of bigotry, and that recently closed at the Wallis Annenberg Center for the Performing Arts –hacked away at myths about race, poverty, war and politics, up until his passing in August 2017.

The play revealed how the power of activism enticed Gregory from one of the most successful show business careers of the postwar era into a life of sacrifice alongside Martin Luther King, Medgar Evers and other civil rights leaders. Prophetic, committed, authentic, confrontational and hysterically funny, Gregory was one of the last living champions from a remarkable period of struggle for dignity and freedom.

The conversation will be moderated by Tananarive Due, author, activist, and professor of Afrofuturism and Black Horror at UCLA. The production and panel is made possible in part by the generous support of The Sheri and Les Biller Family Foundation and continues The Wallis’ commitment to create, present and celebrate work that reflects the rich cultural diversity of our city.

“Alongside his comedy career, Dick Gregory dedicated his life to social justice and the civil rights movement,” said Paul Crewes, The Wallis’ artistic director. “The Wallis presented ‘Turn Me Loose’ as a way to share Mr. Gregory’s story and honor his legacy. We are now thrilled to have Joe, Tavis, Shamell, Lula and Tananarive together on our stage to discuss not only the lasting contributions of Mr. Gregory, but also what the next generation of artists and activists can do to further the conversation surrounding racism and social justice.”

The Wallis Annenberg Center for the Performing Arts is located at 9390 N. Santa Monica Blvd. in Beverly Hills. For information, visit thewallis.org/socialactivism.

‘Finding Dory’ and ‘Inside Out’ dazzle on ice