Pasadena Playhouse, the state theater of California, will present its production of the original 1947 radio play of “Miracle on 34th Street” from Dec. 14 to 23 in honor of the show’s 70th anniversary. 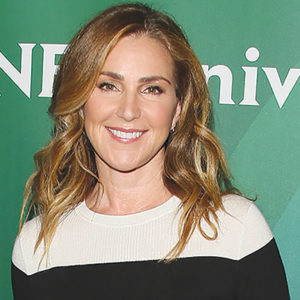 The story of “Miracle on 34th Street” is well known: when a department store Santa claims he’s the real thing, it takes him all the way to the Supreme Court.

“What is much less known, is that this story was very popular as a radio play, when all of America used their ears and their imaginations to completely realize a story,” said Danny Feldman, Pasadena Playhouse producing artistic director. “And now in 2017, 70 years later, the eyes of our audience get to watch what went into producing the performance live, which its original listeners never got to see.”

The theater recently announced the casting of Yvette Cason, of “A Wrinkle in Time”; Michael Chieffo, of “Battle of the Sexes”; Larry Poindexter, founding member of The Troubies; Jim Rash, of NBC’s “Community”; and Cecelia Witt, in her Pasadena Playhouse debut.

“Miracle on 34th Street” will be performed as it would have been 70 years ago as a radio show – and so award-winning sound designer and Foley artist Jeff Gardner, and award-winning composer and musician Ryan Johnson are also onstage to complete the sound scape for the would-be radio audience listening at home.

They all join previously announced Peri Gilpin, of “Frasier”; Beth Grant, of “The Mindy Project”; and award-winning film, TV and stage actor Alfred Molina, of “Raiders of the Lost Ark,” as Kris Kringle.

“Miracle on 34th Street” will be directed by Cameron Watson, who helmed the recent revival of Tennessee Williams’ “Cat On A Hot Tin Roof” at Antaeus Theatre Company. This is a special holiday attraction for the 2017-18 centennial season of the Pasadena Playhouse, Feldman’s inaugural season.

The Pasadena Playhouse is located at 39 S. El Molino Ave. For information and tickets, visit pasadenaplayhouse.org, or call (626)356-7529.