Lula Washington Dance at The Wallis

Lula Washington Dance Theatre – founded in 1980 and considered one of the premier African-American arts institutions on the West Coast – makes its Wallis Annenberg Center for the Performing Arts debut featuring three different programs that celebrate the legacy of Dr. Martin Luther King Jr. over the course of three evenings in the Bram Goldsmith Theater from Jan. 11 – 13. 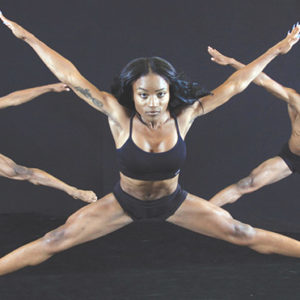 (photo courtesy of The Wallis)

“Lula Washington has been generating art from the inner city of South Los Angeles for more than 38 years,” said Paul Crewes, the center’s artistic director. “Her dynamic aesthetic and social conscious have been a catalyst for the important work she creates. We are proud to support this amazing local company. Each performance night at The Wallis will be different and show the range of her vital work. Art can change lives as Lula has repeatedly proved.”

On Friday, Jan. 12, “Program B:  Dance, Jazz & Social Meaning” explores themes around social justice, humanism and spiritualty. The night is anchored by works influenced by King, including “The Movement,” which recalls the civil rights struggles of King and Rosa Parks, as well as “The Little Rock Nine,” is a tribute to the nine African-American students who integrated Central High School on Sep. 25, 1957.

On Saturday, Jan. 13, “Program C: Movement For The Soul Of It” reflects on the history of the company and revisits popular works choreographed by Lula Washington and her daughter Tamica Washington-Miller, including “Open Your Eyes” and “The Message.”