The nonprofit L.A. Conservancy this week nominated CBS Television City to be a historic-cultural monument amid reports that the iconic complex is on the real estate market.

Television City opened in 1952 at the intersection of Beverly Boulevard and Fairfax Avenue. It has hosted television productions including “The Carol Burnett Show,” “All in the Family” and “The Price is Right.” 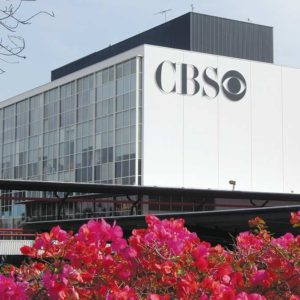 Television City has stood at the corner of Beverly Boulevard and Fairfax Avenue since 1952, and has hosted the production of some of telvision’s most beloved shows. (photo by Edwin Folven)

“It’s a place that has a storied history,” said Adrian Scott Fine, director of advocacy for the L.A. Conservancy.

Local media reports surfaced in September saying that CBS officials were thinking about selling the 25-acre complex, launching speculation about future uses of the site. Fine said the designation, if approved, wouldn’t necessarily preclude new development on the plot, but could allow for “creative design” that preserves the original structure.

The Los Angeles Times, citing an “insider,” reported the property could sell for as much as $900 million. But Yaroslavsky said that price would likely accompany a lobbying effort by the new owner to get the Los Angeles City Council to rezone the property for more development. The city should “lay out the parameters” for what it would allow on the site, he added, before a sale goes through based on speculation of potential new development.

“If you’re going to buy it, pay what it’s worth, not what you think it will be worth,” Yaroslavsky said.

“We’re losing too much history,” she said, adding she’ll keep her “fingers crossed” that no major changes to the site are forthcoming.

The A.F. Gilmore Company, owner of the Original Farmers Market, once owned the land. According to the L.A. Conservancy, the land once had an oil field, a football field and a racetrack on the land, in succession, before Television City opened its doors. Architects William Pereira and Charles Luckman designed that facility to include sound stages, studios, editing rooms, offices and rehearsal halls. Architect Gin Wong, known for other local projects including the Beverly Hills Union 76 Gas Station, was also involved in the design.

The city’s Cultural Heritage Commission will review the application seeking designation for Television City in the months ahead, Fine said. Councilman David Ryu, 4th District, will review the recommendation of the commission.

“Councilmember Ryu has a strong record supporting the preservation of culturally significant properties throughout Los Angeles,” said Estevan Montemayor, Ryu’s spokesman. “He encourages the Cultural Heritage Commission to review the CBS Television City property and provide the City Council with a recommendation. He looks forward to their insight.”

Ed Harrison, the CBS director of press information, said via email he didn’t know anything about a possible sale, and did not respond to further request for comment.