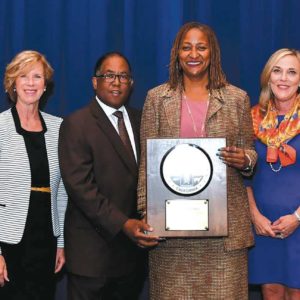 “During your tenure in the Legislature, you have fought tirelessly as an advocate for children and have championed laws to address poverty and homelessness,” said Los Angeles County Supervisor Mark Ridley-Thomas, 2nd District.

The award was presented to Mitchell during a ceremony in the county boardroom in downtown Los Angeles.