A little more than two years after former Marlborough School English teacher Joseph Koetters pleaded guilty to four counts of sexually abusing two former students, attorneys for the women and the school have reached a settlement in a final civil lawsuit filed in relation to the incidents. 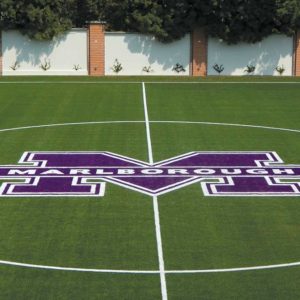 Settlements have been reached in lawsuits involving a former Marlborough School teacher and two former students he abused. (photo by Edwin Folven)

The settlement was announced on Monday by attorney David Ring, who represented former Marlborough School student Chelsea Burkett, 33, and a second unidentified student in the lawsuits. A settlement in the case involving Burkett was reached in October, and the new settlement finalizes a lawsuit filed by the second woman. The terms of both settlements are confidential.

The abuse allegedly occurred in 2000 and 2004 when the students were in their teens. Koetters was convicted in October 2015 and sentenced to one year in jail as part of a plea agreement. He was also required to register as a sex offender for life and to undergo sex offender therapy, and was barred from ever teaching again or being privately in the company of any female minor.

“The plaintiffs are pleased with the settlement and more importantly, hopeful that their actions will increase awareness and prevent future teacher sexual misconduct across the country,” Ring said. “In addition to providing justice for the two women whose lives were seriously altered by Koetters’ crimes, this lawsuit prompted schools around the country to pay attention when students and former students courageously speak up. I applaud these two young women for their resilience and for their determination to use their stories to prevent abuse of other students.”

Koetters admitted in the criminal case to engaging in sexual relationships with the women.

“We deeply regret and apologize for all that happened to both women as students,” said Priscilla Sands, Marlborough’s head of school. “We will be forever grateful to our alumnae for their bravery in coming forward, and truly believe Marlborough is a better environment today because of what we have learned through this process. This litigation may be behind us, but our work is far from over. I pledge that transparency and advocacy for our students will remain our priorities, and along with our dedicated faculty and staff, commit each day to the healthy development of the wonderful young women entrusted to our care.”

Ring previously blamed the school for not doing more to prevent the incidents. He said Koetters had a history of inappropriate behavior before he started working at the all-girls school at Rossmore Avenue and Third Street from 1999 to 2013.

Burkett discussed the incidents on ABC’s “Nightline” earlier this year.

“Sexual abuse and sexual assault are increasingly in the spotlight, and the opportunity to turn public outcry and #MeToo into sustained change is boundless,” Burkett said in the statement. “I’m proud of what we’ve accomplished these past three and a half years, but there’s much work to come in holding organizations, industries and lawmakers accountable to a much higher standard.”

Ring also released a statement from the unidentified victim. She expressed relief that the lawsuit was settled.

“Over the last several years, I have been consistently shocked and angered not only by public and private schools’ unwillingness to accept responsibility for predators on their campuses, but also for recommending those same abusive teachers to others,” the statement read. “I hope that schools will take real steps to shut down predatory behavior so that no other girls will experience what Chelsea and I have endured. This case should serve as a warning to educators that ignoring their responsibilities to the children in their care can result in serious consequences. I hope that the protection of students starts to take priority over the need to protect a school’s reputation. I’m incredibly lucky to have had such a wonderful support system and legal team to keep me strong throughout this emotional process.”