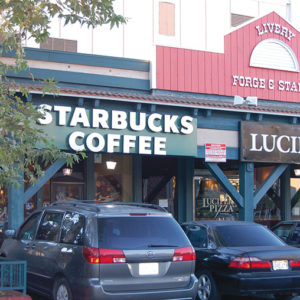 A suspect who allegedly sexually battered two women in a Hollywood parking lot was arrested after attempting to flee from police. (photo by Edwin Folven)

The incident occurred at approximately 11:30 p.m. after the female victims left a Starbucks in a shopping mall near the corner. They called police and when officers arrived, they saw the suspect fleeing on foot.

Additional officers set up a perimeter and the suspect was arrested a short time later. The incident is under investigation. Leong said the suspect, a Hispanic man in his 20s, was booked for sexual battery for allegedly groping the women.

The injured officer was taken to a hospital and underwent surgery on Tuesday. He is expected to recover, Leong added.

The suspect also sustained minor injuries during the chase and arrest. He was treated prior to being booked at the Hollywood Division.