Pigozzi picked up a Leica camera as an adolescent and began formulating a diarist style that revolved around his observations of upper-class life. 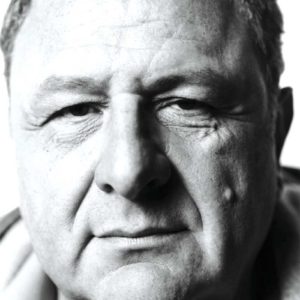 While attending Harvard University, he made regular sojourns to New York City where he mingled with artists and tastemakers, taking photographs in close proximity.

His “sophisticated snapshots,” significantly influenced by Robert Frank and Helmut Newton, are candid and intimate.

Friends including Andy Warhol, Anjelica Huston and Diane von Furstenberg, among others, are captured in scenes of social revelry or voluptuous leisure.

Pigozzi often appears in his own photographs, affirming the role of the camera as a tool for his keen engagement with the world around him.