The Los Angeles City Council has approved an $8.75 million allocation for a youth housing project at the Los Angeles LGBT Center’s new Anita May Rosenstein Campus in Hollywood. 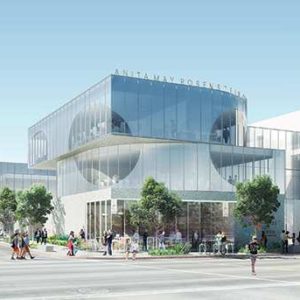 The four-story, 26-unit housing project is planned at the site of a surface parking lot at 1119 N. McCadden Place. The site is near the center’s existing Village at Ed Gould Plaza. The new Anita May Rosenstein Campus is under construction across the street along McCadden Place and Santa Monica Boulevard.

The funding will go toward helping the center build the housing, which will also include supportive services for residents. The housing will be dedicated to homeless youth ages 18 to 25.

Estevan Montemayor, director of communications for Councilman David Ryu, 4th District, said it is important to build new housing in the area, and the center’s overall project will bring new services into the neighborhood.

“This is a major project in our district,” Montemayor said. “The councilmember is very supportive of the project. It’s going to be great.”

Project manager Stephen Burn said the 26 units of youth housing is only one component of the housing planned at the $120 million Anita May Rosenstein Campus. The project will also include a shelter for homeless youth with 100 beds, and 99 units of affordable housing for seniors. The campus will also have new youth and senior centers, and a commercial kitchen to feed homeless youth and other residents. The funding approved by the city comes from Measure H, a countywide increase in sales tax approved in March to fund supportive services and housing for homeless individuals.

Burn said the units for homeless youth will be approximately 330 square feet, similar to studio apartments. With the 26-unit building, the homeless shelter and the additional housing for seniors, approximately 225 people will stay at the site each night. He added that the need for affordable housing in the area is “enormous.”

“It’s meant to be transitional housing,” Burn said. “The intention is it will be their first home.”

The new campus will also house the center’s administrative headquarters, which will free space in its McDonald/Wright building at 1625 N. Schrader Blvd. for more health services. The idea is to turn that building into a dedicated facility to meet the growing demand for medical care, mental health care, addiction recovery, and HIV/STD testing and treatment.