“We are grateful and excited to become only the fourth owner in the unparalleled history of Grand Central Market,” Adam Daneshgar, the company’s president, said in a statement. “The authenticity of the Market, its connection to the roots of our community, and its spirit of inclusiveness are a major part of what makes this Los Angeles institution irreplaceable.” 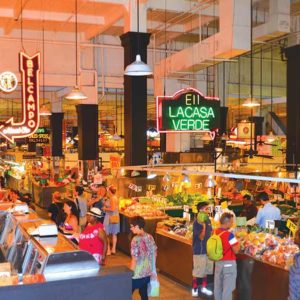 The new owners of the Grand Central Market, which just celebrated its 100th birthday, said they are committed to maintaining the authenticity of the market. (photo courtesy of Neon Tommy)

The market has been at the center of downtown’s revitalization in recent years, and has become a top destination for local foodies.

“Our goal is to continue the incredible improvements the market has implemented over the past half-decade and the legacy that precedes us,” Daneshgar said.