Located on the museum’s third floor, this exhibit will offer visitors an in-depth look at the iconic career of the two-time Grammy-winning and 11-time Latin Grammy-winning Colombian singer and songwriter who pioneered the integration of the indigenous and vallenato sounds of his country into popular music. 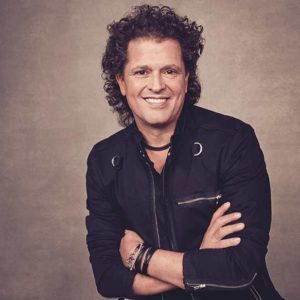 On display through November 2018, the exhibit will feature, among other items, the outfit Vives wore for his first big telenovela appearance on “Escalona,” Vives’ first Grammy won in 2001 for Best Traditional Latin Album for “Dejame Entrar,” hand-painted props used in the music video for his collaboration with Shakira, “La Bicicleta,” and handwritten notes and lyrics used during the making of his 2013 Latin Grammy-winning album, “Corazón Profundo.”

“It’s an absolute honor to be able to pay tribute to one of Latin music’s most influential artists, and the music of Colombia, through this new exhibit,” said Nwaka Onwusa, Grammy Museum curator. “Carlos Vives helped shape the new Colombian and Latin American sound. We are thrilled to share his incredible story with our visitors.”

“I feel very honored to be able to share the story of my musical history and its evolution throughout my 25-year artistic career,” said Vives. “Thank you to the Grammy Museum for this opportunity.”

On opening night, Vives will visit the Grammy Museum to participate in its popular “An Evening With” public program series featuring an intimate performance and Q&A hosted by David Fricke, senior writer at Rolling Stone and the host of “The Writer’s Block” on SiriusXM Radio.

Tickets to “An Evening With Carlos Vives” are $35. For tickets and information, visit grammymuseum.org. The Grammy Museum is located at 800 W. Olympic Blvd.