The West Hollywood City Council on Monday marked the reopening of the Werle Building, a recently renovated 7,533-square-foot space at the corner of Robertson Boulevard and El Tovar Place.

The building houses the West Hollywood Recovery Center, which helps people with substance abuse issues, the ONE Archives Gallery and Museum, and the June L. Mazer Lesbian Archives. 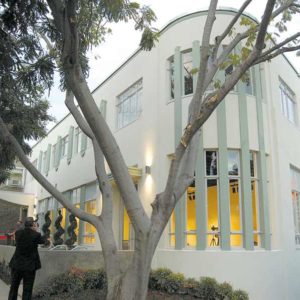 The building is named after Daniel Werle, a local fashion designer whose business once occupied the structure. Werle created fashions for Hollywood actresses such as Barbara Stanwyck, Gloria Swanson, Loretta Young and Marlo Thomas, and his clothing was sold nationally in department stores such as Saks Fifth Avenue and I. Magnin. Werle died in 1985.

The city purchased the two-story, streamline modern building in 1987. The structure had previously faced a wrecking ball to make way for renovations to the adjacent West Hollywood Park.

In 2003, the city contracted with the three nonprofits that occupy the building. In 2011, the city decided to maintain and renovate the structure.

“It’s important that West Hollywood has a place where people can come to learn about the history of the LGBT community,” said Councilman John Duran, who has more than 20 years of sobriety. “It’s also important that people have a place to recover.”

The West Hollywood Recovery Center serves more than 6,000 people monthly at 12-step meetings, and by distributing information on substance abuse prevention and education.

The ONE Archives Gallery & Museum, West Hollywood is part of the national ONE Gay & Lesbian Archives. It holds exhibits and shows focused on the LGBT community. The June L. Mazer Lesbian Archives is the largest archive on the West Coast dedicated to preserving lesbian and feminist history. 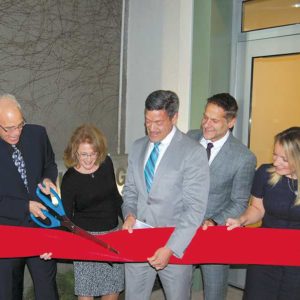 The renovations included repairs to the building’s elevator and upgrades to make it compatible with the Americans With Disabilities Act. A new community meeting space was also created on the second floor. Longtime LGBT advocate Ivy Bottini was pleased with the outcome.

“It’s gorgeous,” Bottini said. “I’ve been fighting for over five years to have the building improved and at last, we got an elevator. Those of us who made the history are getting older and we can’t go up those stairs.”

“The Werle Building serves as a space to support the needs of the community members through nonprofit organizations,” Heilman said. “I want to thank everyone who played a role in this.”