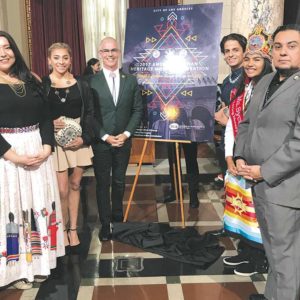 The Los Angeles City Council also voted to approve an ordinance that officially creates the Indigenous Peoples Day holiday in the city of Los Angeles, which will be first observed in October 2018.

The Wallis and Vesturport present ‘The Heart of Robin Hood’