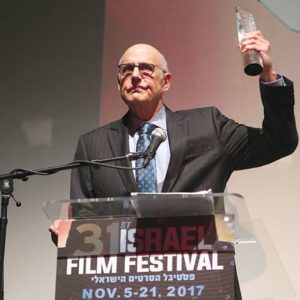 Israeli filmmakers, including leading actors, directors, producers and writers representing many of the films playing in the festival, walked the red carpet and later gathered on stage. The festival opened with a screening of the film “Ben-Gurion Epilogue,” winner of the 2017 Ofir Award for Best Documentary.

For 31 years, the festival has presented over 950 feature films, documentaries, television dramas and short films to close to a million film goers and brought hundreds of Israeli filmmakers to the U.S. to share their art.

To attend the festival or to purchase tickets, contact IsraFest Foundation at (310)247-1800 or email info@IsraelFilmFestival.org.